From the Crow’s Nest

‘From the Crow’s Nest’ is the debut album from John Jorgensen Bluegrass Band (J2B2) delivering bluegrass like no one has ever heard it before. 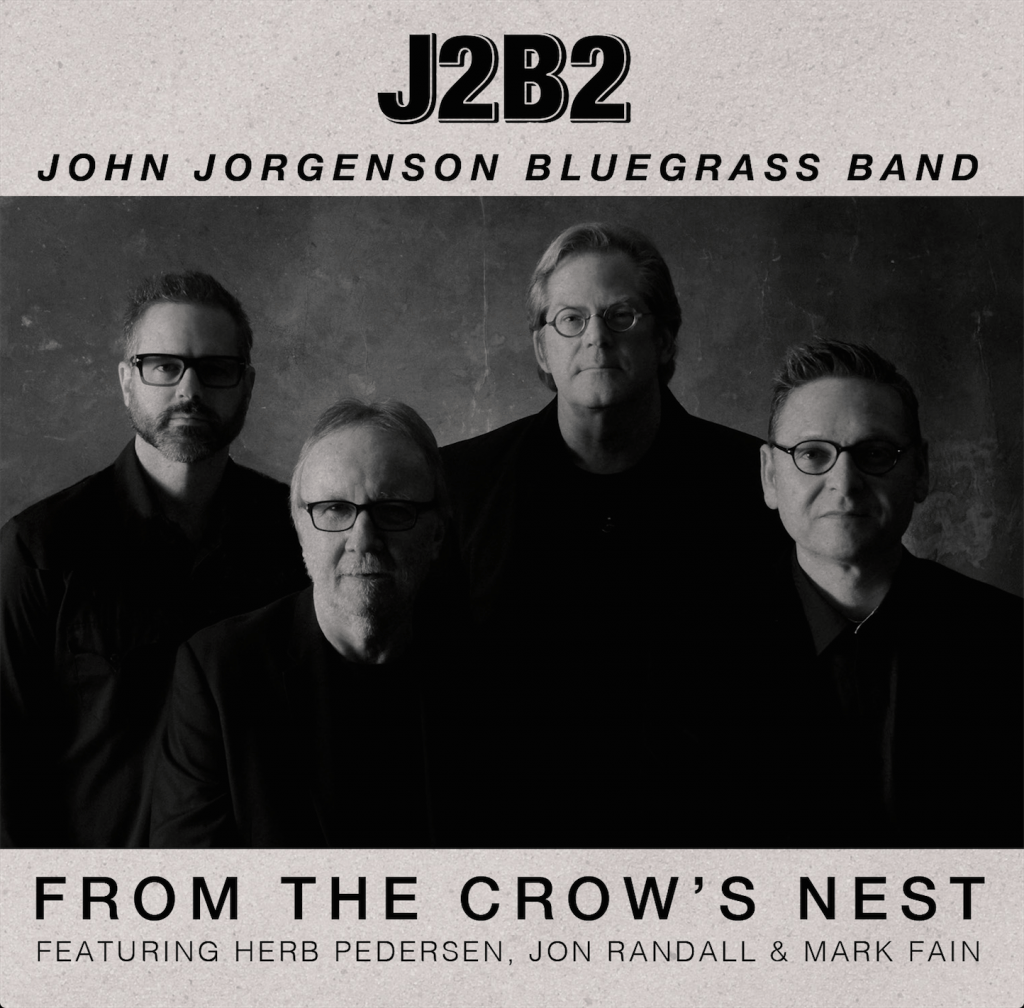 ‘From the Crow’s Nest’ is the debut album from John Jorgensen Bluegrass Band (J2B2), an all-star bluegrass supergroup featuring four legendary, award-winning musicians – John Jorgenson on acoustic guitar, mandolin and vocals; Herb Pedersen on banjo, acoustic guitar and vocals; Mark Fain on bass; and Patrick Sauber on acoustic guitar and vocals – delivering bluegrass like no one has ever heard it before. The band’s undeniable live shows have received stellar reviews and have the bluegrass world buzzing. The four combine forces to form a spot-on union of impeccable musicianship, incomparable songwriting, incredible harmony vocals (a fresh twist combining bluegrass with elements of West Coast folk rock) and seasoned showmanship. This is the “high lonesome sound” of American roots music at its finest.

Jorgenson and Pedersen are founders (with Chris Hillman) of the formative country rock group Desert Rose Band. After working as a freelance musician in Southern California, Jorgenson met Hillman and soon formed the Desert Rose Band. In 1990, Jorgenson went on to found the Hellecasters and toured with Elton John’s band for six years. Artists ranging from Barbra Streisand to Bonnie Raitt to Earl Scruggs have sought out Jorgenson’s guitar work. Jorgenson portrayed Django Reinhardt in the Hollywood feature film Head in the Clouds. In 2008, Jorgenson won a Grammy for Best Country Instrumental with Brad Paisley and was nominated for Best Bluegrass Album with Earl Scruggs.

Mark Fain toured and recorded as bass player for Ricky Skaggs and Kentucky Thunder for 13 years. He’s toured and recorded with the Dixie Chicks, Alan Jackson, Travis Tritt, Dwight Yoakam, Allison Krauss and Dolly Parton, as well as producing many artists in jazz, country, bluegrass and gospel genres.Patrick Sauber is a multi-instrumentalist who has quickly made a name for himself in the world of bluegrass and old time music. Equally adept on guitar, mandolin and banjo, Sauber has toured with Peter Rowan and Laurie Lewis and appeared on screen in “The Mighty Wind.”

In addition to recording their first album as a group, J2B2 has played several major tour dates over the course of the past two and a half years, including tours of Norway and the UK, performances at the annual RockyGrass Festival in Lyons, Colorado; the Joe Val Festival in Framingham, Massachusetts; and headlining the Guitar Town Festival in Copper Mountain, Colorado, three years in a row. J2B2 made its Grand Ole Opry debut in October 2013 and has returned several times to the Opry since.

J2B2 has created quite a buzz, and The International Bluegrass Music Association is among the many giving the newly formed band’s live performance high marks. In a review, the IBMA noted, “There was warmth, and storytelling, and lots of laughter as this fresh band of legends made their debut…but with their expertise combined, you would think they had been playing in this configuration for years.”Yes! Weekly in Greensboro, NC has noted of J2B2: “Expect fireworks and amazing playing from some of the best string players in the world.”